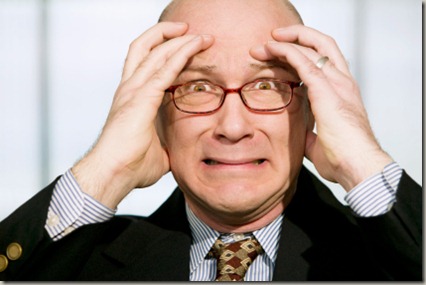 I’ve been practicing criminal law with a serious commitment to Record Clearing for about seven years now, and I can say without any hesitation that the amount of misinformation out there is huge.  I’ve had the same conversation with dozens of different people so many times, from all walks of life:

Johnny Q. Public: “I was arrested once a long time ago, but my lawyer cleared it up.”

Me: “What do you mean by cleared it up?”

Johnny: “We went to court and he got it dismissed.”

Me: “That’s good.  And then did he expunge the arrest record?”

Johnny: (Blank stare for a couple of seconds.) “He was in court with me.  He took care of it.  The judge said the case was dismissed.”

Me: “But did he file separate paperwork to expunge the arrest record?”

Me: “Did you receive letters from the Police Department and the State Police stating that your expungement has been granted and that your arrest record has been removed from their files?”

Me: “That means that it’s probably still on your record.”

Most people don’t know that arrests NEVER disappear from a rap sheet without a granted Petition to Expunge, EVEN after a case is dismissed.  If you were arrested and not prosecuted, a background check will reveal your arrest record.

There’s no question that a clean record is important, for so many reasons. For one, the criminal system is a slippery slope, and the police treat you differently when you have an arrest record.  On countless occasions I’ve encountered prosecutors who will refer to a defendant with multiple arrests as having “a long rap sheet,” even when it contained no convictions!  Similarly, most arresting officers will take a very different attitude toward a person with a long arrest record than toward the same person with a truly clean record.  The sad thing is, if the arrestee with the “long rap sheet” had completed the necessary paperwork, he could have received an expungement and had a completely clean record!

Even if you never encounter law enforcement again in your life, any arrest record at all will often prejudice an employer.  This is especially true when the employer has a tough choice to make between two equally good applicants.  Even hard-working people that haven’t been arrested in decades can easily face such prejudice.

When a Petition for Expungement is granted, the physical arrest record is removed from police files and from public record.  That means that your name no longer appears on background checks, and you are given a truly clean slate.

Unfortunately, however, many lawyers don’t focus on record clearing at all, for a very simple reason: it’s not very lucrative.  While most criminal work is billed on an hourly basis, record clearing generally consists of one or two relatively low flat fees: usually one for the filings and one for the court appearance, if necessary.  Sometimes the petition is granted without a hearing and the order is sent through the mail.

Another reason lawyers don’t focus on record clearing is that it’s somewhat complicated, and it’s always changing.  There are a lot of common red herrings and pitfalls.  Unless you know what you’re doing, you may end up filing the paperwork multiple times.  The confusion that I described above is common among non-lawyers, but it’s somewhat common among lawyers as well.  Most lawyers are aware that expungement is a process separate and apart from the criminal process.  But even some criminal lawyers aren’t all that familiar with the intricacies of eligibility.  A lawyer needs to maintain an ongoing interest in the changing law to stay informed on the way that the law defines convictions and non-convictions for purposes of expungement and sealing.

I take record clearing seriously because, as a former prosecutor and a Chicago criminal defense attorney, I know the difference that a clean record can make.  On a deeper level, I strongly believe that everyone is capable of overcoming the circumstances of the past and turning over a new leaf.  For that reason, I work hard to stay informed about changes in Record Clearing Law, and consider it to be one of the most important and rewarding aspects of my practice.